The AMD Ryzen 9 3900 isn’t expected to land on shelves for at least another month but that hasn’t stopped venerable overclocker “Splave” from managing to procure one from a vendor, overclock the heck out of it and benchmark it. AMD EPYC 7702

So without any further delay, let’s dig into the juicy bits!

Using an Enermax Liqtech II 360 White liquid cooler & an ASRock X570 Taichi motherboard, Splave overclocked his 3900 to an all core clock speed of 4.35GHz at a voltage of 1.375v. 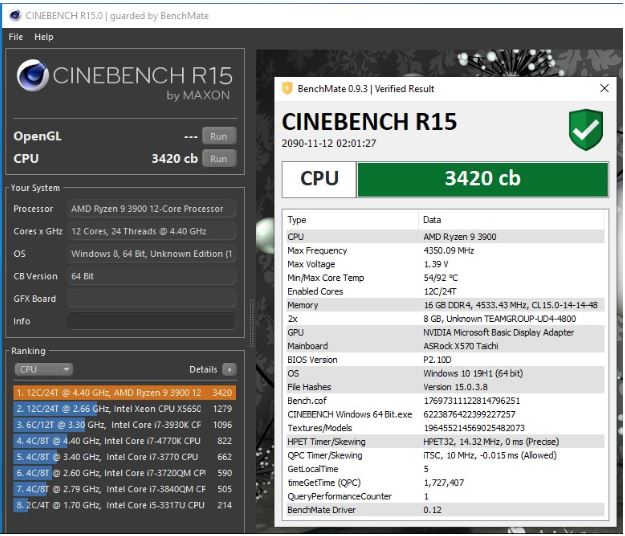 Using subzero cooling, Splave was able to push the Ryzen 9 3900 all the way to 5.5GHz and managed to set new world records for any 65W CPU ever tested in both Cinebench R15 and Geekbench 3.

All-in-all this is a mightily impressive feat and the Ryzen 9 3900 is shaping up to be one of the most impressive CPUs we have seen to date. Matched with the right MSRP, this chip may very well be the new king of mainstream CPUs.

Next: TEAMGROUP Has Released A High Speed SSD And An Ultra-Durable SD Card